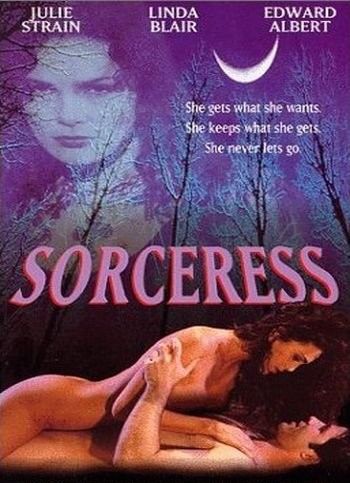 Starring: Linda Blair, Edward Albert, Julie Strain, Michael Parks, Larry Poindexter, Lenny Juliano, Rochelle Swanson, Toni Naples, William Marshall, Antonia Dorian, Kristi Ducati, Melissa Brasselle, Fred Olen Ray
Description: This is another look at the occult as inspired by Roger Corman and his view of the dark side. Jealous witch Erica uses her powers to influence her unwitting husband Larry and his colleagues, who all work for a big law firm.
Two friends, who both work for the same high-priced, high-powered law firm, are both married to modern day witches. Erica, the wife of Larry, believes that he is being led astray by Carol, an old flame, who also works for the same law firm. Erica decides to act and one night after a torrid sex session Larry drifts off to sleep and begins to dream. Soon the dream turns into a nightmare of sex, violence, murder and death involving himself, his friends and colleagues from the law firm which appears to be frighteningly realistic. 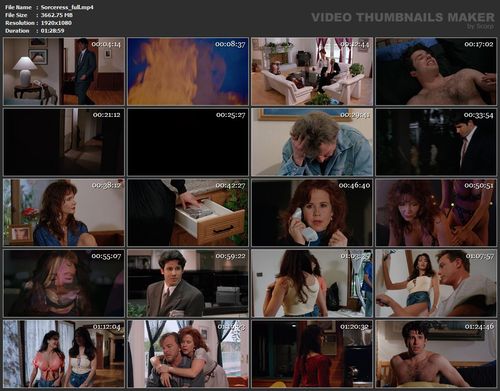