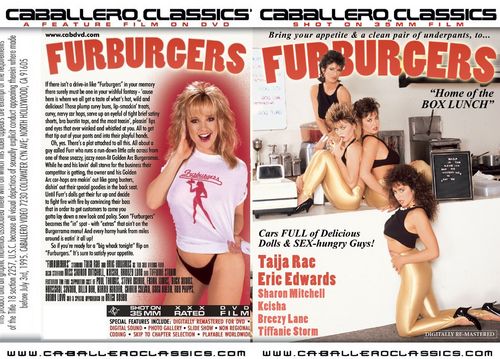 Starring: Breezy Lane, Keisha, Sharon Mitchell, Taija Rae, Tiffany Storm, Cherie Sylvan, Dana Dylan, Erica Boyer, Billy Dee, Buck Adams, Buddy Love, Eric Edwards, Frank James, Herschel Savage, Paul Thomas, Wayne Stevens
Description: All about a guy called Furr who runs a run-down little cafe across from one of those snazzy, jazzy Golden Arc Burgeramas. While he and his lovin’ doll starve for the business their competitors are getting, the owner and his Golden Arc car hops are makin’ out like gang busters, dishin’ out their special goodies in the back seat.
Until Furr’s dolls get their fur up and decide to fight fire with fire by convincing their boss that in order to get customers to come, you gotta lay down a new look and policy. Soon, Furburgers becomes the “in” spot – with “extras” that ain’t on the Burgerrama menu! And every horny hunk from miles around is eatin’ it all up!
So if you’re ready for a big whack tonight, flip on Furburgers. It’s sure to satisfy your appetite. 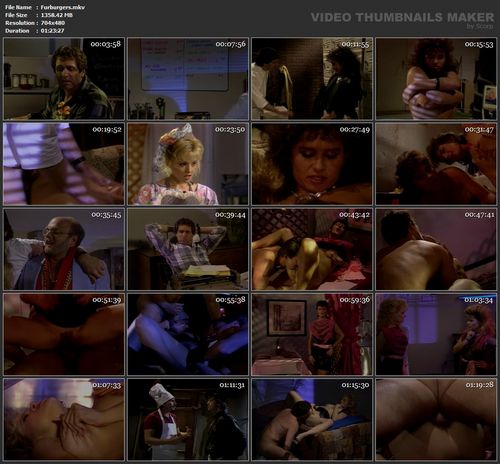