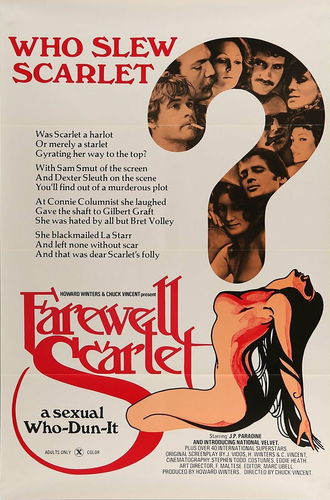 Starring: J.P. Paradine, Terri Hall, Kim Pope, Douglas Wood, Darby Lloyd Rains, Roger Caine, Jennifer Jordan, Eric Edwards, Bob Stevens, Marlow Ferguson, Katia Mara, Dulce Mann, Chris Jordan, Duane Williams, Barry Christian
Description: When Scarlet is mysteriously murdered at a blindfolded sex party, her Aunt Olga contacts private Dexter Sleuth to find the murderer
Scarlet was a hot slut. Her body was luscious. She was notoriously eager to put out for the wealthy, wicked deviants who crowded to her sociable affairs. At Scarlet’s parties, everyone got drunk; then they got naked; then they got what they came for, as long as they were willing to pay. The jeweled, naked flash of Scarlet’s guests gleaned in the candlelight and the erotic juice flowed as she performed and orchestrated unspeakable acts of ecstasy. Then why did someone cram a sex toy into that big, beautiful mouth?
Poor Scarlet – gene in a flash! Her rich aunt called Dester Sleuth, famous-but-destitute private eye, which of Scarlet’s celebrity lovers got tired of paying her bills? The syndicated columnist and scecret lesbian, Connie? Beatrice and Arnold, the stockbrokers who let Scarlet open up their manage with strip-and-stroke poker? Or the fabulous Broadway star, Celeste, who acted out her kinkiest urges under Scarlet’s guiding hands? Or the Senator, who not only talked dirty on Scarlet’s heaving breast, but let a few state secrets out of the bag.
There was the big tennis pro whose enormous itch, Scarlet knew how to scratch in just the right places. Who was Scarlet – cheap tramp and blackmail, artist, or just a beautiful, oversexed nymph who never said no? One thing was certain, she was a great lay. Now she was gone and Dexter was determined to solve the mystery of her murder. He needed the money, but the suspects were all horny, slippery, and lust. It was going to be a hot case and a real tight squeeze. 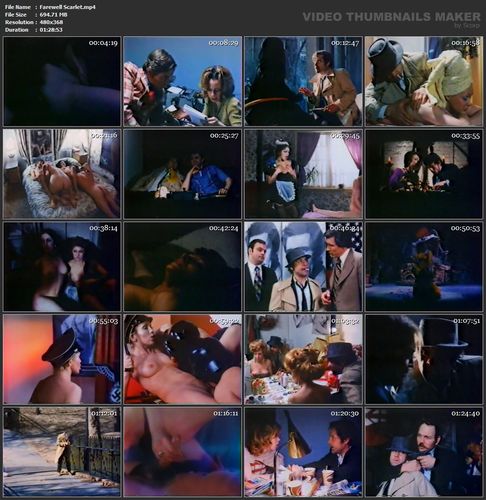