Emanuelle and the Last Cannibals (1977) 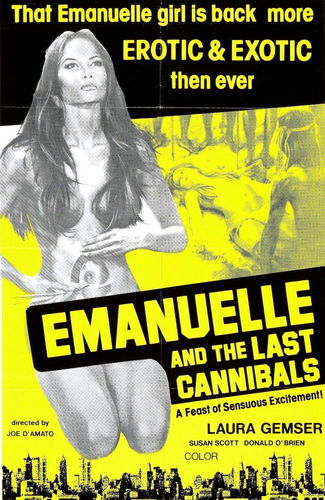 Starring: Laura Gemser, Gabriele Tinti, Nieves Navarro, Donald O’Brien, Percy Hogan, Monica Zanchi, Annamaria Clementi, Geoffrey Copleston, Dirce Funari, Pierluigi Cervetti, Bona Bono, Maria Gabriella Mezzett, Massimo Ciprari, Giuseppe Auci
Description: While doing undercover work in a mental hospital, Emanuelle discovers a girl who seems to have been raised by a tribe of amazonian cannibals. Intrigued, Emanuelle and friends travel deep into the Amazon jungle, where they find that the supposedly extinct tribe of cannibals is still very much alive, and Emanuelle and her party are not welcome visitors.
A hedonistic photojournalist and an anthropologist traverse the Amazon Jungle to unearth the origins behind a mysterious woman, reputed to have been raised by a cannibal tribe.
A female journalist decides to traverse the Amazon Jungle after going undercover in a mental asylum and witnessing a disturbing behavior from a rescued white woman, who she believes was raised by a cannibalistic tribe long thought extinct. 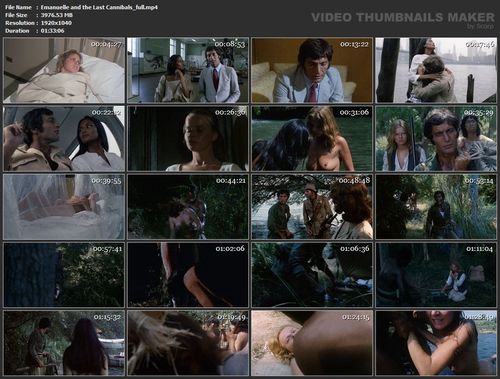