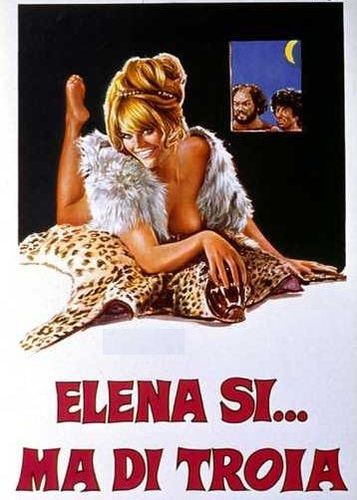 Starring: Don Backy, Peter Landers, Pupo De Luca, Barbara Betti, Howard Ross, Margaret Rose Keil, Andrea Scotti, Carla Mancini, Alessandro Perrella, Nello Pazzafini, Michael Forest, Christa Linder
Description:
-Ottone and Savio, wanderers from Etruria, find themselves on the shores of Ancient Greece in search of bread and adventures. Pretending to be exhausted, they are rescued by Paris and Helen and taken to the palace of Menelaus. The welcome is propitious to take advantage of the lavish lunches and beautiful women, not even excluded Elena, wife of the sovereign who will be kidnapped by Paris and taken to Troy. When he reaches the palace of Ulysses, which recognizes the two vagabonds, they are driven out and, after other adventures, they reach the palace of Priam
-Paris, the son of the Trojan king Priam, abducts the beautiful Helen, wife of the king of Sparta Minel. Minelay with the army goes to war against Troy. 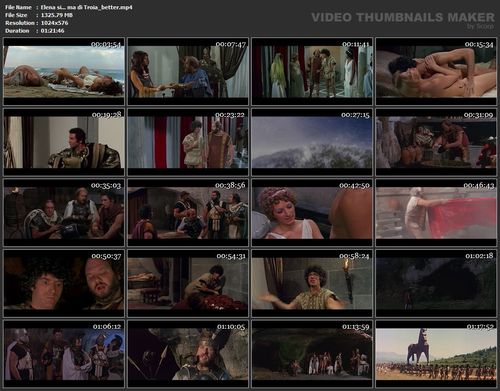