Starring: Mark Damon, Claudia Gravy, Aldo Bufi Landi, Franco Jamonte, Fernando Cerulli, Silvana Pompili, Marzia Damon, Franco Marletta, Antonio Anelli, Carla Mancini, Alessandro Perrella, Bruna Beani
Description:
-A young man becomes obsessed with Byleth, the demon of incest, and it leads to an unhealthy infatuation with his sister.
-The Duke Lionello Shandwell is delighted that his sister Barbara has returned home, after being away for a year in Venice, to his lonely ancestral castle in the Roman countryside. His happiness is disrupted when she reveals that she has since gotten married to Giordano. Although he doesn’t fully show it around others, Lionello is deeply disturbed by his sister’s new union, and it’s not in a protective big brother sort of way. While his sister and brother-in-law stay with him, Lionello sometimes retreats into a tormented, depraved, and jealous state, spying on them making love, harboring repressed aggression towards Giordano. Barbara is a red head, and meanwhile a giallo-esque killer is going around killing red heads. Could it be Lionello venting his aggressions over his unrequited love for Barbara, or is it something more demonic?
-A man who is incestually in love with his sister since childhood comes back after a year’s absence to find that she has gotten married. Soon, several women in the area start turning up dead with strange wounds on their necks. 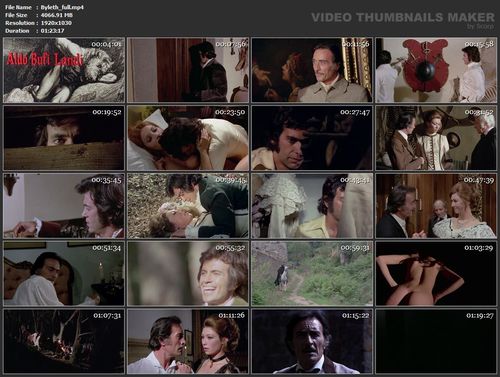