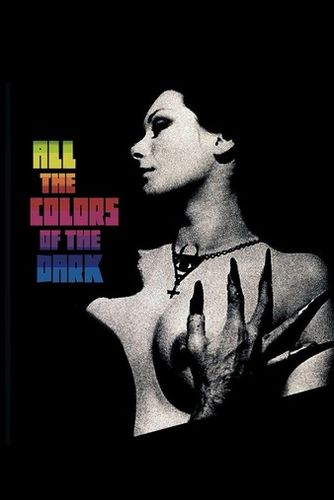 Alternative Titles:
Tutti i colori del buio
They’re Coming to Get You

Starring: George Hilton, Edwige Fenech, Ivan Rassimov, Julian Ugarte, George Rigaud, Maria Cumani Quasimodo, Nieves Navarro, Marina Malfatti, Luciano Pigozzi, Dominique Boschero, Lisa Leonardi, Renato Chiantoni, Tom Felleghy, Vera Drudi, Carla Mancini
Description: Jane lives in London with Richard, her boyfriend. When she was five, her mother was murdered, and she recently lost a baby in a car crash. She’s plagued by nightmares of a knife-wielding, blue-eyed man. Richard, a pharmaceutical salesman, thinks the cure is vitamins; Jane’s sister Barbara, who works for a psychiatrist, recommends analysis; a neighbor Jane’s just met promises that if Jane participates in a Black Mass, all her fears will disappear. Jane tries the Mass, but it seems to bring her nightmares to life. Is there any way out for her short of death or a living Hell? 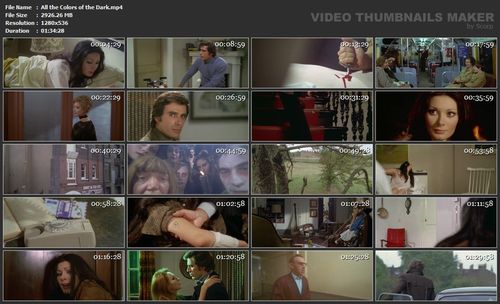