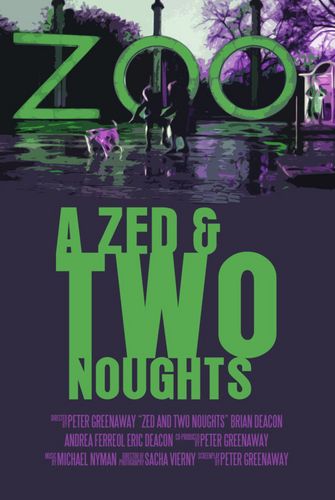 Starring: Andrea Ferreol, Brian Deacon, Eric Deacon, Frances Barber, Joss Ackland, Jim Davidson, Agnes Brulet, Guusje van Tilborgh, Gerard Thoolen, Ken Campbell, Wolf Kahler, Geoffrey Palmer, David Attenborough
Description: Identical twins Oliver and Oswald Deuce lose their wives in a car crash caused by a white swan. The brothers, who are zoologists, become obsessed with the death and decay of animals. They both have a relationship with Alba, the driver of the crashed car, who loses first one leg then the other. When Alba dies, the twins film their own death 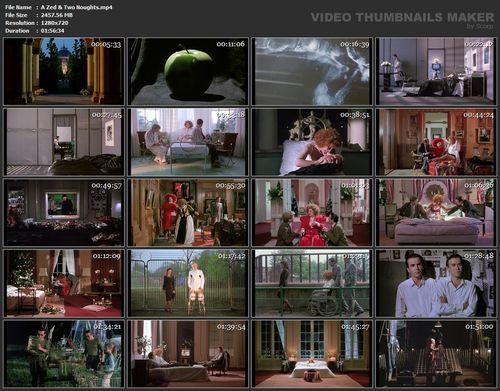