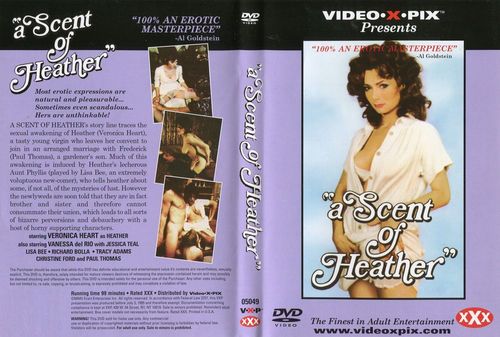 Starring: Veronica Hart, Paul Thomas, Vanessa del Rio, Robert Kerman, Lisa Be, Ron Hudd, Tracy Adams, Felix Krull, Christie Ford, Nicole Scent, Foster Waine, Susan Nadir, Larry Strange, Bobbie Burton, Louise Hasler
Description:
-A Scent of Heather’s story line traces the sexual awakening of Heather (Veronica Heart), a tasty young virgin who leaves her convent to join in an arranged marriage with Frederick (Paul Thomas), a gardener’s son. Much of this awakening is induced by Heather’s lecherous Aunt Phyllis (played by Lisa Bee, and extremely voluptuous new-comer), who tell Heather about some, if not all, of the mysteries of lust. however the newlyweds are soon told that they are in fact brother and sister and therefore cannot consummate their union, which leads to all sorts of bizarre perversions and debauchery with a host of horny supporting
-A Scent of Heather (1978) is a pretty solid movie for a porn flick. The story, despite being unexpectedly dark and a bit cerebral, is woven in a certain way to allow for lots of sex without forcing it in with the cheesiness of late 1980s. Still do not expect too much of intelligence from the story.
This is one of the few movies where you see Veronica Hart almost completely naked. According to the reports, the celebrated adult actress has huge burn scars on right side of her body which were always kept hidden with the help of camera angles. Another thing to note about her is that she is almost never completely naked in any of her movies. She often keeps her midriff covered while exposing her breasts, vagina and buttocks as needed by the scene. Also, you mostly see her left side facing the camera whenever her belly area is naked. In A Scent of Heather (1978), however, you do see glimpses of her right side a few times and you can catch the scars on her right shoulder too.
The highlight of the movie comes near the beginning. I am talking, of course, about Lisa B, an extremely underused and underrated star of classic adult era. She is a tall woman with a very stoic face and well rounded beautiful body. It’s a shame that she never really got quality scenes. She was either thrust into chaotic orgies where she hardly ever got any camera-time or she did dark one-on-one scenes with terrible angles. This movie is the best demonstration of her potential that I have seen so far. Lisa has a slightly dark but marvellously filmed b/g scene where her all-natural beauty is in full display. 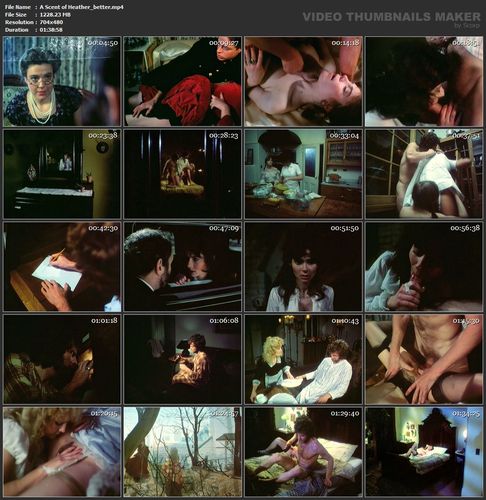